The Ancestry of Albert R. Richardson (PDF file)
Click here to view a partial report. Research is in progress.

The Ancestry of Doris Loretta Laramee

To view this family history (research done to date) on Ancestry.com, use my guest account.
You do not need to sign up for the free trial or create a new account. Just navigate to "sign in."

You'll be able to view profiles for your ancestors as well as
census records, birth records, death records, etc. There are currently
594 individual profiles and 58 photos in this family tree.

Lawrence Southwick 1594-1660 and his wife Cassandra Burnell 1598-1660
(Barbara's 9th great-grandparents)
Early Quakers who, along with their children, were persecuted by the Governor of Massachusetts for their religious beliefs. 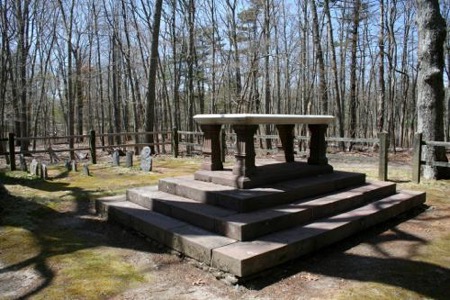 Provided Southwick, a Quaker, was arrested in 1658 for her beliefs and fined by the County Courts of Salem, Massachussetts. She was sentenced for siding with the Quakers and for non-attendance at services of the established church. The sentence being that she be sold into slavery to the English, either in the Barbados or Virginia.

Illustration - "The attempted sale into slavery of Daniel and Provided Southwick, son of Lawrence and Cassandra Southwick, by Governor Endicott and his minions, for being Quakers."

Samuel Gaskill and his wife Provided (Southwick) Gaskill signed a petition (August 1692) in defense of John Proctor and his wife, both accused of witchcraft. Unfortunately, the petition did nothing to sway the court, and John and Elizabeth Proctor remained imprisoned. 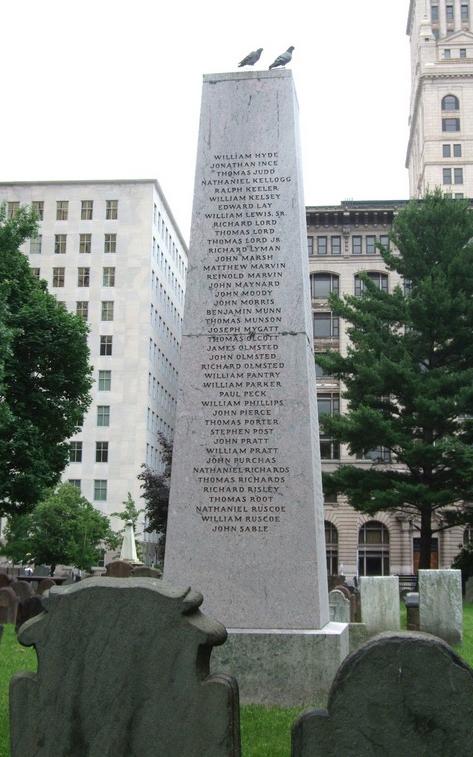 William Parker was one of the founders of Hartford, Connecticut. His name appears on the Founder's Monument located in the Ancient Burying Ground, also known as Center Church Cemetery.